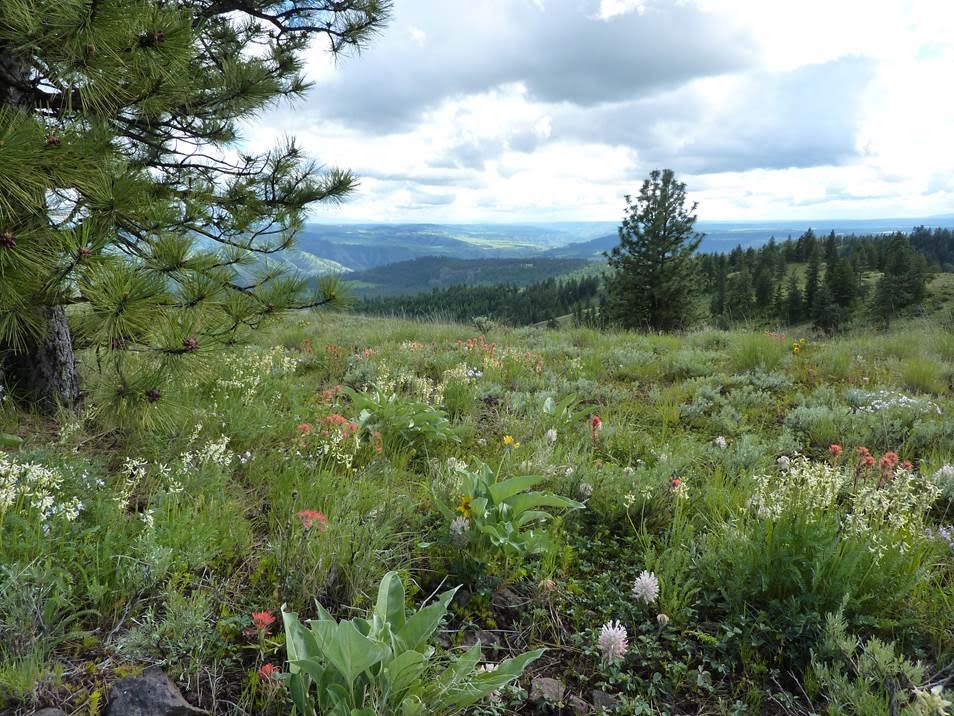 Weeds Near the Grande Ronde River

Sulfur cinquefoil and rush skeletonweed are highly aggressive weeds in Southeast Washington. These weeds form monocultures that out compete native vegetation and, due to their root structure, do not allow rain water absorption into the soil profile to the same degree as do native bunch grasses.  The resulting runoff causes erosion of the steep upland soils that will eventually run into lower elevation salmon streams. Treating newly invading weeds before they become wide spread makes ecological and economic sense.

Black henbane came in as a contaminant in the grass seed on this landowner's property. RMEF funding helped restore this elk calving area. The back country weed crews use the most effective equipment for the prevailing terrain. ATV's, specially equipped horses, and/or backpack sprayers are used for treatment. The pictures below were taken during a cooperative weed project with the USFS, WDFW and Asotin County Noxious Weed Board.